In 1836 between July and December

Eight ships came across to Kangaroo Island and aboard two of those boats were Col William Light aboard the HMS Rapid and George Strickland Kingston aboard the HMS Cygnet.

Light and Kingston both set off to survey the coastline and find a bigger land mass for the colonists to settle on. This is when they came across what is now known as Glenelg. Glenelg was named after Lord Glenelg the Secretary of State for the Colonists. In December 28th 1836 Captain Hindmarsh arrived aboard the HMS Buffalo. There was a replica of this ship made and is running as a restaurant in Wigly Reserve today. It was on this day that Captain Hindmarsh Proclaimed South Australia where the Old Gum Tree stands today.

There is a lot of history in Glenelg and too many to list, but here are a few that you can see such as; 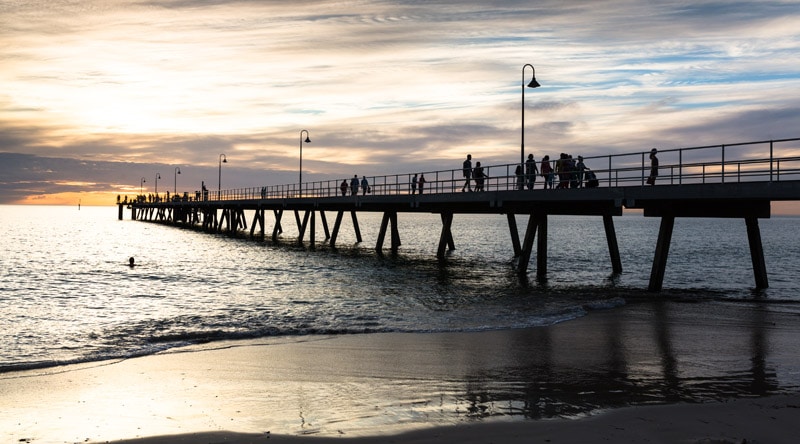 The 381 metre Jetty was built in 1859. Iin 1873 the lighthouse that was situated at the end of the jetty caught on fire, completely destroying it. Then in April 1948 Glenelg was hit by a hurricane and the jetty was washed away. This only left the kiosk and aquarium , which was unsafe and therefore had to be demolished. In 1969 the jetty was rebuilt, but this time only being 215 metres long. As you can see the Jetty has had a few changes occur over the years. 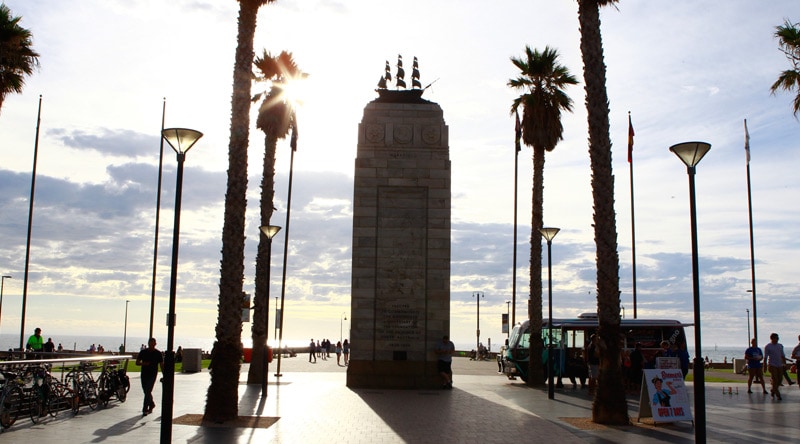 The Pioneer Memorial was erected in 1936 to represent 4 of the biggest colonists that came out here, the names of the colonists were placed at the bottom of the monument. The monument was finished off with the HMS Buffalo sitting on the top of it. 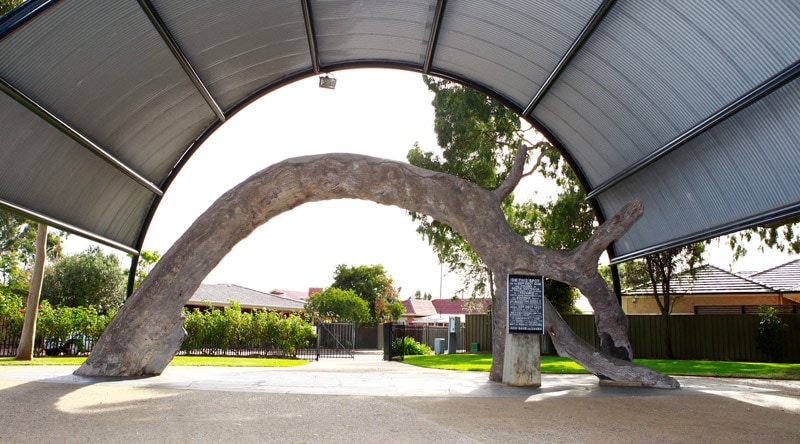 Glenelg is recognised as the oldest European settlement on mainland South Australia. Each year on 28 December, the Proclamation document is read at the site of the Old Gum Tree.

It all began on 28 December 1836 when a flotilla of ships had already landed along with the Colonial Secretary Robert Gouger. A makeshift camp of tents and transportable huts had been established just beyond the sand dunes, near a freshwater creek now known as the Patawalonga. At 2pm and with the temperature hovering around 40°c, the Cygnet and Buffalo vessels sailed into Holdfast Bay against a backdrop of fires in the Mount Lofty Ranges. In the first boat sat Governor Hindmarsh, his Secretary George Stevenson, the Resident Commissioner Hurtle Fisher and their families.

The official Vice Regal Party entered Gouger’s tent where the commission was read and the oaths administered to the Governor and his Council. They then emerged, and in open woodland beneath a distinctively arched old gum tree, Stevenson read the document known as the ‘Proclamation of South Australia’. In 1857, just after Glenelg had become a municipality, John Hector, owner of the land on which the gum tree stands gifted the land to the Glenelg community. 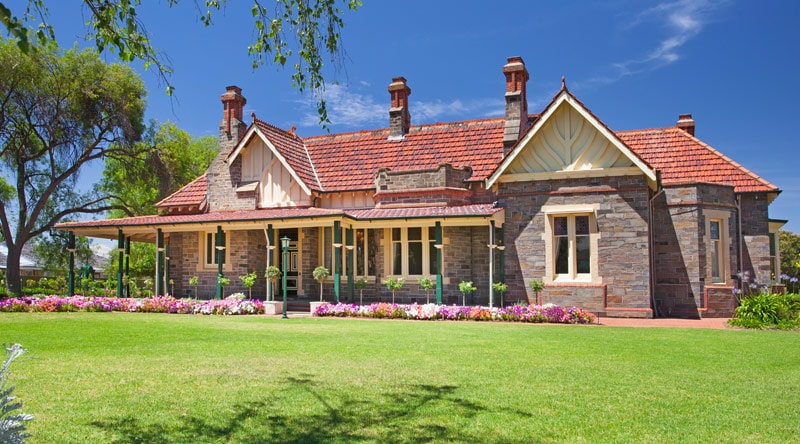 Built in 1899, Partridge House was built for Mrs Elinor Varley. It was bought by the former Glenelg Council in 1971 after it was threatened with demolition. Since 1977 it has been used as a community facility. Take a wander through the gardens to the north of the house and see the elaborate Townsend Drinking Fountain, made of bronzed iron and set on a bluestone base.

Kingston House, built circa 1840, is the oldest historic building in Holdfast Bay. It was owned by George Strickland Kingston, who came out on the Cygnet as Deputy Surveyor to Colonel Light.  He was an architect and designed many of the early colonial buildings in Adelaide. Kingston House in Cameron Avenue, Kingston Park is open to the public from 2.30pm-4.30pm every Sunday in March until the last Sunday in November.

Mansions of Glenelg is a 45 minutes self-guided walk that will take you amongst some of the most magnificent Victorian mansions and summer gardens of Glenelg. The following brochure is also available at the Visitor Information Centre. 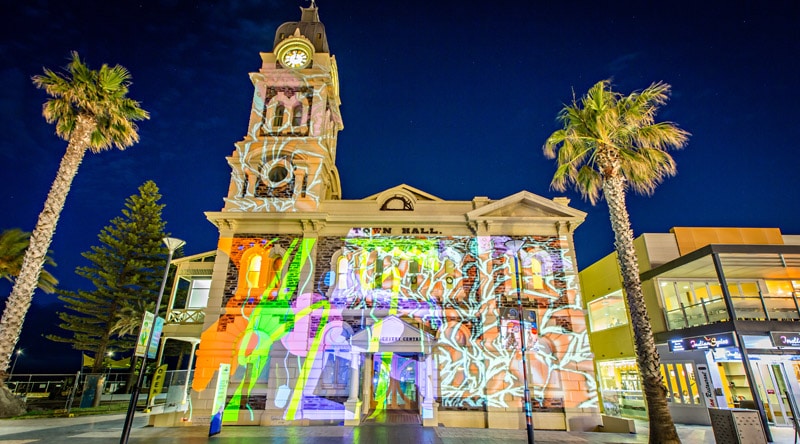 Originally known as the Glenelg Institute Building, Glenelg Town Hall was designed by Edmund Wright, architect and former Mayor of Adelaide. The foundation stone was laid on 11 December 1875 by Sir Henry Ayers and the Institute formally opened in 1877. The building had a grand main entrance on the western frontage and a tower to take in the panoramic view of the ocean and surrounds. A cupola was later added to house the clock donated by Mayor Thomas King in 1884. In 1887 the building became the Glenelg Town Hall. Wander through the Bay Discovery Centre, housed within the Town Hall, to learn more about the history of Holdfast Bay. 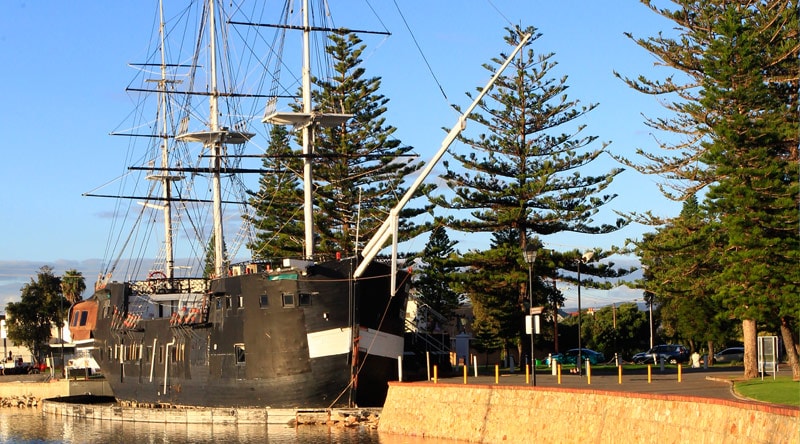 The Holdfast Bay History Centre aims to promote an awareness of our City’s history and heritage. History Centre volunteers are on hand to assist with your research needs including; family history, property history and historic burial enquiries at both St Jude’s Cemetery and North Brighton Cemetery. The Centre collects and preserves material relating to the Holdfast Bay area with a strong focus on the people, buildings and events of the area. Items from the collection including objects, photographs and documents are regularly on display at the Bay Discovery Centre.

Here in Glenelg we have so much to offer and there is plenty to keep the whole family amused such as; fishing charters, sailing, beach volleyball and activities, walking trails, bike hire, the famous Dolphin swim or watch or even a twilight cruise, reserves, play grounds, BBQ areas, lots of history and an amusement centre. Once you come here you won’t want to leave, so book your ticket and come and see what Glenelg has to offer.

See what to do in Glenelg

See where to stay in Glenelg